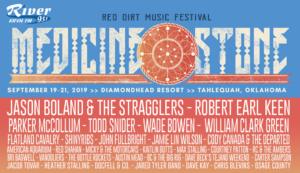 The Buffalo County Bike Blender will be making healthy smoothies on Thursday, September 19 at Kearney HyVee store entrance from 10am to 3pm. Members of the Buffalo County Alzheimer’s and Dementia Coalition will be accepting donations to support their team fundraising goal for the 2019 Walk to End Alzheimer’s.

On Thursday, September 19th, 2019, the Nebraska Attorney General’s Office will be hosting Mobile Office hours in Holdrege inside the Phelps County Senior Center (416 Garfield Street) from 10 a.m. to 3 p.m.

Attorney General Peterson will be spending time in the community with local civic groups and local officials.

During Mobile Office hours, representatives from both the Consumer Protection Division and Constituent Services will be on hand to personally meet citizens interested in submitting concerns to the Attorney General’s Office. Citizens will also have the opportunity to learn how to protect themselves from identity theft, guard against scams, and rid themselves of unwanted calls. Many educational resources will be made available to interested constituents.

The members of LWML will host a Fall Salad Luncheon. Free will donations. Proceeds go to mission projects. Matching Grant provided by Thrivent

Paw Prints in Dawson County will hold a bake sale & pet food collection on September 20 from 11:00 -2:00 @ Plum Creek Market. Fresh baked bread, cookies , cakes & more! We are in need of cat food & litter so if you can we’d appreciate your help! See you there!

Sporting clay charity shoot for teams of 4 people or individuals. All funds are donated to pro-life organizations in Nebraska. $325 team registration or $85 individual. Cash prize to top teams/individuals. Six random draw guns for participants. Lunch provided. To register, visit www.shoot4life.org. Aim to save a life!

“A Quilt Journalist Tells All” with Meg Cox

Cozad Youth Football part of the Cozad Youth Rec will be at the Big Red Casino Night tomorrow night passing out Cozad Football t-shirts to the first 30 people attending this event!

Bring snacks/finger food for lunch at 10:00

Up the Nebraska Cattle Trail & Songs of the West The Better Half: Nebraska’s Hidden Treasures

The Peterson Senior Activity Center will host Humanities Nebraska speaker Joan Wells on Tuesday, September 24 at 1:00 p.m. In 1867 and with a surplus of cattle in Texas, cattle drives brought hundreds of thousands of cattle to Nebraska. Herds were gathered near San Antonio, Texas and driven up the Western Trail to Ogallala, NE. During these four-month long drives cowboys would pass the time singing about life on the trail to calm the cattle at night. Joan Wells tells about the cattle drives and the origin of western music while singing the songs of the early day cowboys. 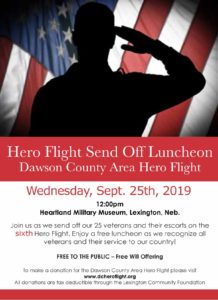 Free to the Public – Free Will Offering

Flood Aid Nebraska 2019 Concert and Family Festival on September 28th and 29th, 2019 in Fremont, Nebraska. We are anticipating hosting 8,000 people a day at the event and raising over $800,000 to lift up flood victims and impacted communities. Flood Aid 2019 features national and local acts, multiple food vendors, kids events, youth activities, Corn Hole Tournament, silent auction and Beer Garden complete with big screen TV’s so no one will miss the Nebraska vs Ohio State game!!

Flood Aid Nebraska 2019 Concert and Family Festival on September 28th and 29th, 2019 in Fremont, Nebraska. We are anticipating hosting 8,000 people a day at the event and raising over $800,000 to lift up flood victims and impacted communities. Flood Aid 2019 features national and local acts, multiple food vendors, kids events, youth activities, Corn Hole Tournament, silent auction and Beer Garden complete with big screen TV’s so no one will miss the Nebraska vs Ohio State game!!

The Nebraska Chamber of Commerce & Industry and Blueprint Nebraska in coordination with the Cozad Area Chamber of Commerce is offering a Legislative Forum tour stop in Cozad on Friday, October 4th at the Paulsen Education Center located at 1116 East Highway 30 from 8:00-9:00 am.  Your encouraged to RSVP by Monday, Sept. 30th.  The invitation and registration form is attached to this email.

Cake reception, Monday September 30th from 2:00-4:00pm at Meadowlark Pointe Assisted Living.
Please join us in celebrating the Nursing Career of Cindy Schneider. We are grateful for the 48 years of loving care that she has provided to our community.

While at the museum, take time to look at the wonderful exhibits and take a stroll around the lake outside to see all the wonderful improvements that have been made.
Join us for this great networking opportunity,
and come and go as you can!